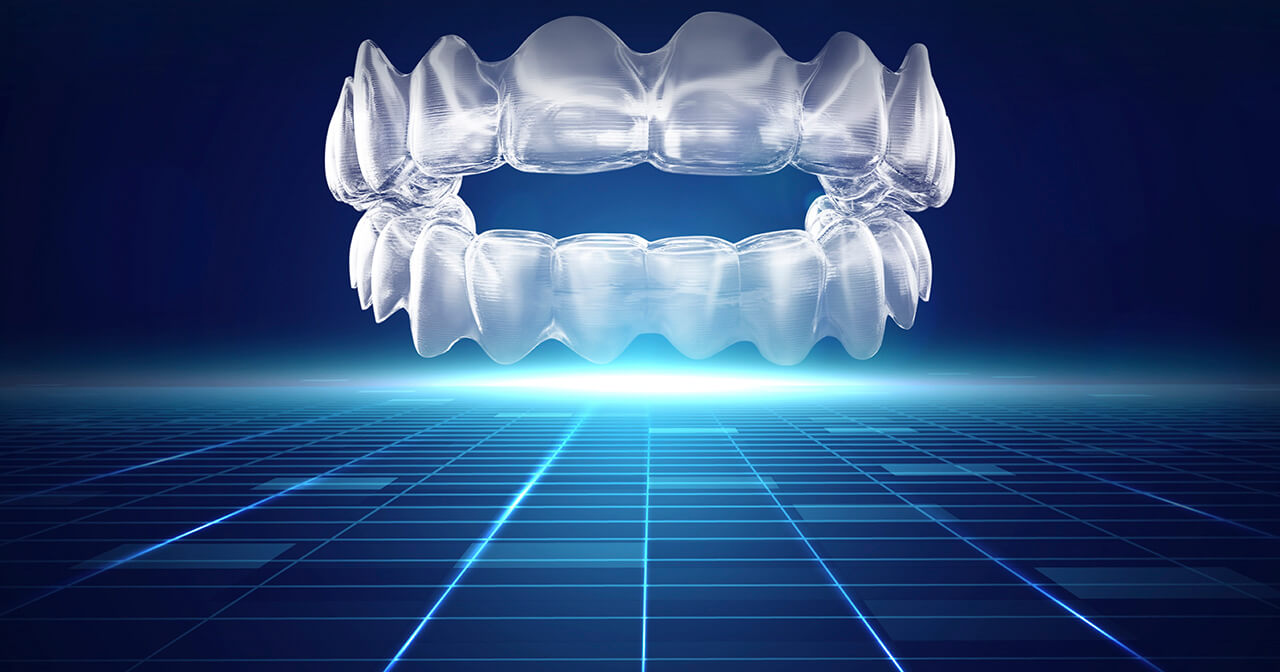 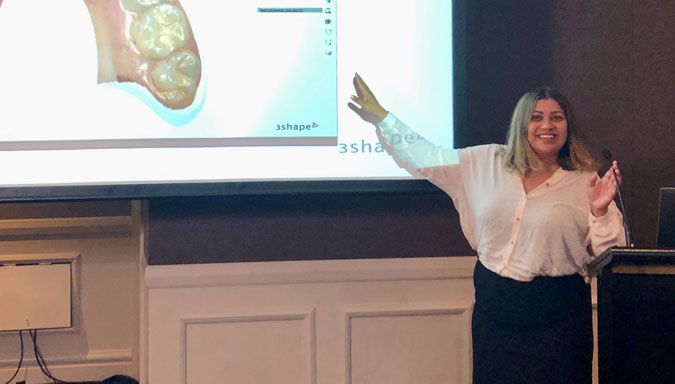 In a previous blog I touched on the issue of gender imbalance. But I remain so concerned about the ongoing prevalence and impact of this in our industry, that I am compelled to write a dedicated blog. So here we go…

In Australia, dentistry is a basic degree, and from there you can progress into any one of 13 approved specialty areas by achieving an additional qualification. In October 2017, The Dental Tribune announced that for the first time in the country’s history, “Women dentists now outnumber their male counterparts in Australia1”, with female dentists now occupying 54.3% of the general dentist workforce in Australia as of 2022. This is a huge growth when compared with the fact that it was only 1906 when two females first graduated with a Bachelor of Dental Surgery from the University of Sydney.

Despite this, Dental workforce data4 (updated in March 2022) from the Australian Institute of Health and Welfare indicates that 10% of employed dentists are specialists and of those, only 29% are female. So the question arises: “If there is almost 55 per cent of females doing general dentistry, why are they not progressing on to a specialty?”

The proverbial “glass ceiling” may be partly to blame.

Research5 into gender inequality within academic medicine and dentistry describes the ‘glass ceiling’ as an invisible barrier to hierarchical advancement in a profession beyond a certain level, typically affecting members of minorities and women. It states: “Although the ‘glass ceiling’ is a metaphor describing an inequitable architectural feature of career paths, its potential impact on individuals is profound. The persistent barriers that contribute to the glass-ceiling effect within academic medicine include traditional gender roles, preferential treatment of male candidates, structures that are unsupportive of family-related career breaks, and a lack of effective mentors who would be ideally placed to champion female academics’ ambitions.”

In addition to the ‘glass ceiling’, the article notes the ‘sticky floor’, which is another concept pertaining to a lack of opportunity once the glass ceiling has been broken. For example, despite increased awareness across academia, medicine as well as industry, many women continue to struggle to reach career salaries. And research6 has shown that if a female went for a salary increase medicine and dentistry, she’s more likely to be refused than a male, even when they have comparable skills and experience. The glass ceiling and the sticky floor are both possible factors as to why female dentists do not progress to become specialists.

This lack of role-modelling in specialties may also contribute, which is likely to be a result of the continuous gender imbalance and inequality of women in health care academia, as well as the distinct lack of speaking/lecturing opportunities afforded to female dental experts at industry conferences.

Globally, numerous studies of the gender imbalance of female scientists in academic conferences and symposia have been undertaken. Research7 published in 2021 in the British Dental Journal found that a majority of dental conferences, in the then most recent two years, under-represented the female voice of our workforce, both from an empirical perspective and proportionally in relation to the demographics of their registrants. The research indicated that this was evident not only within the majority of individual dental specialties, but also within dentistry as a whole. The findings of this study are also in line with those reported in the medical literature, where it was reported that gender imbalance of invited speakers is compounded in specialties with proportionately fewer female registrants.

Alarmingly, here is what I found when I took a quick inventory of the number of females listed as speakers at some of our industry’s events that were marketed to me recently: What can we do to correct this gender imbalance?

A 2019 article addressing “Gender Inequalities in the Dental Workforce: Global Perspectives8”, stated that “in order to continue advancing gender equality in dental academia and research, efforts should be geared toward the collection and public dissemination of data on gender-specific distributions. Such evidence-driven information will guide the selection of future strategies and best practices for promoting gender equity in the dental workforce, which provides a major pipeline of researchers and scholars for the dental profession.”

In practical terms, I’ve had people suggest we go and hold women’s-only conferences, but I do not believe that this is the answer. Gender balance at events is all about professional communities growing together and learning from each other and it’s about inclusivity.

We need support from our male colleagues to create a new equilibrium.

In doing so, they are also communicating the moral significance of this issue to the women in their lives – whether it be their daughters, sisters, mother or wife.

Event organisers, attendees, industry members and communities as a whole need to be aware of this gender imbalance and commit to making change. If we do not start making change now, our future female generations are at a detriment when this disparity is allowed to continue.

Female speakers add diversity and richness to event programs that is unique, and uniquely relatable for other females. Quite often women have often had to overcome vastly different hurdles than men to achieve a similar standpoint in their career. This alone provides invaluable support for other women who wish to follow that same pathway.

Dr Jina Lee Linton was one of the five experts involved in the 2021 Women in Dentistry project:  “Raising three children was the biggest challenge during my career. I felt like I couldn’t afford to give enough time and attention to them when they were young. At the same time, it was a challenge to stay afloat in the fast-changing dental profession. Most women dentists face challenges at home and at work.” Her advice for other female dentist practitioners is to “Get involved in academic and social groups” and to “Always be an active member of a women’s group” because “The glass ceiling opens up when we shout together.”

What can conference organisers do?

An article titled ‘Each for Equal: Gender Inequity in Dentistry in Australia9’ suggest that while the number of women speakers may be approaching parity in small continuing professional development events, they are still under-represented as speakers in major conferences.”

An exclusion of females results in conferences and academia losing out on so much relatable, relevant and unique content. Interestingly, research10 has suggested that “when women are assigned positions with the authority to recruit speakers, especially as members of organising committees, gender equity in scientific presentations at conferences is more likely to be achieved.” So, in addition to including women in the speaker selection process, what else should conference organisers do to improve the gender imbalance? Here are a few ideas:

What can associations and universities do?

As previously mentioned, dental schools have undergone a transformation from male dominance to almost equal numbers in the United States and female predominance in other countries including the United Kingdom. However, this change in student gender distribution has not been matched among academic leaders. Data11 from across the globe indicate a clear disproportion in favour of males in leadership positions in dentistry-and the more senior the position, the greater the imbalance.

An article titled “Speaking out about gender imbalance in invited speakers improves diversity12” stated that “At a time when increasing diversity among faculty members and trainees has become a central goal for many universities and medical training programs, it is disturbing to observe any backward trend.” Universities should introduce gender equality and inclusion programs and policies, to help avoid that “backward trend”.

As stated in ‘Gender Inequalities in the Dental Workforce: Global Perspectives8’, “to continue advancing gender equality in dental academia and research, efforts should be geared toward the collection and public dissemination of data on gender-specific distributions. Such type of evidence-driven information will guide the selection of future strategies and best practices for promoting gender equity in the dental workforce, which provides a major pipeline of researchers and scholars for the dental profession.”

To encourage more females to become specialists, universities need to take more responsibility and facilitate better gender balance when it comes to student intakes, including specialties.

What can the men and women in our industry do?

First and foremost, we all need to be aware of this vicious circle of invisibility13, which is occurring in our industry (as well as others). And when approached by a conference organiser, both male and female speakers should insist that the level of gender equality in the planned program be recognised. If there is less than one-third of female speakers, then the opportunity should be declined. This type of action will help make conference organisers more aware and accountable for their scheduling decisions.

Other things that we can all do to improve gender equality include:

The above ideas come from a campaign called The Panel Pledge, which the result of a partnership between Chief Executive Women (an organisation that influences and engages all levels of Australian business and government to achieve gender balance), Women’s Leadership Institute Australia and Male Champions of Change.

You can also take a look at the Women in Dentistry project, which was established to highlight the challenges of: a persistent gender wage gap, lack of female leadership, unevenly balanced panels and conferences that feature mostly men and very few women, and to emphasise opportunities and showcase how women bring positive changes in leadership, innovation and in different fields of dentistry.

What will Dr Vandana Katyal and The Digital Orthodontic College (BOSS) do?

While it remains encouraging that women are entering the dental profession at higher rates than men in some countries; ultimately, this should mean that they are prepared for and supported into leadership roles. However, in order for this to happen here in Australia, it is imperative that other advocacy leaders join with me, to create and promote opportunities, and to continue to inspire and encourage other females to achieve their full potential in this industry.

The truth is, gender imbalance and equality cannot be restored naturally with time alone; it requires conscious effort every day by everybody. Therefore, in a bid to walk the talk, I am planning to lead by example and demonstrate best practice first-hand, by delivering my very own gender-balanced event in 2023. It is titled Simply The Best! An Interdisciplinary Dental Symposium .

The symposium will strive to lead by example by providing an outstanding diverse program for all experience levels of dental practitioners, as well as promote gender equity in speaker roles in our sessions ensuring there is a diverse and balanced mix of invited lecturers. This event will also reflect my commitment to corporate social responsibility, which is where a percentage of profits will be donated to charity. Our symposium goals are to:

I am excited to do my part, and I look forward to you joining me in this commitment to improve the gender imbalance in health care academia, leadership and speaking opportunities.

Thank you for visiting us for an InOffice observat

It was amazing to meet Dr Susannah Wilson, #Dentis

BOSS Case of the Day! Treated by Dr Vandana Katyal

Leading #dentists from across the world love visit

What People Are Saying